Berkeley Square is one of Westchase’s 33 Neighborhoods located off Countryway Boulevard South of Linebaugh Avenue. This neighborhood features maintenance free townhomes in a quaint and intimate setting. Conveniently located on the corner of Countrway Boulevard and Linebaugh Avenue in the Heart of Westchase and close to the Publix Supermarket Center. The Berkeley Square townhomes are located in a picturesque circle on Berkeley Square Drive. Below you will find the current Voting and Alternate Voting Members for this Neighborhood including their contact information: 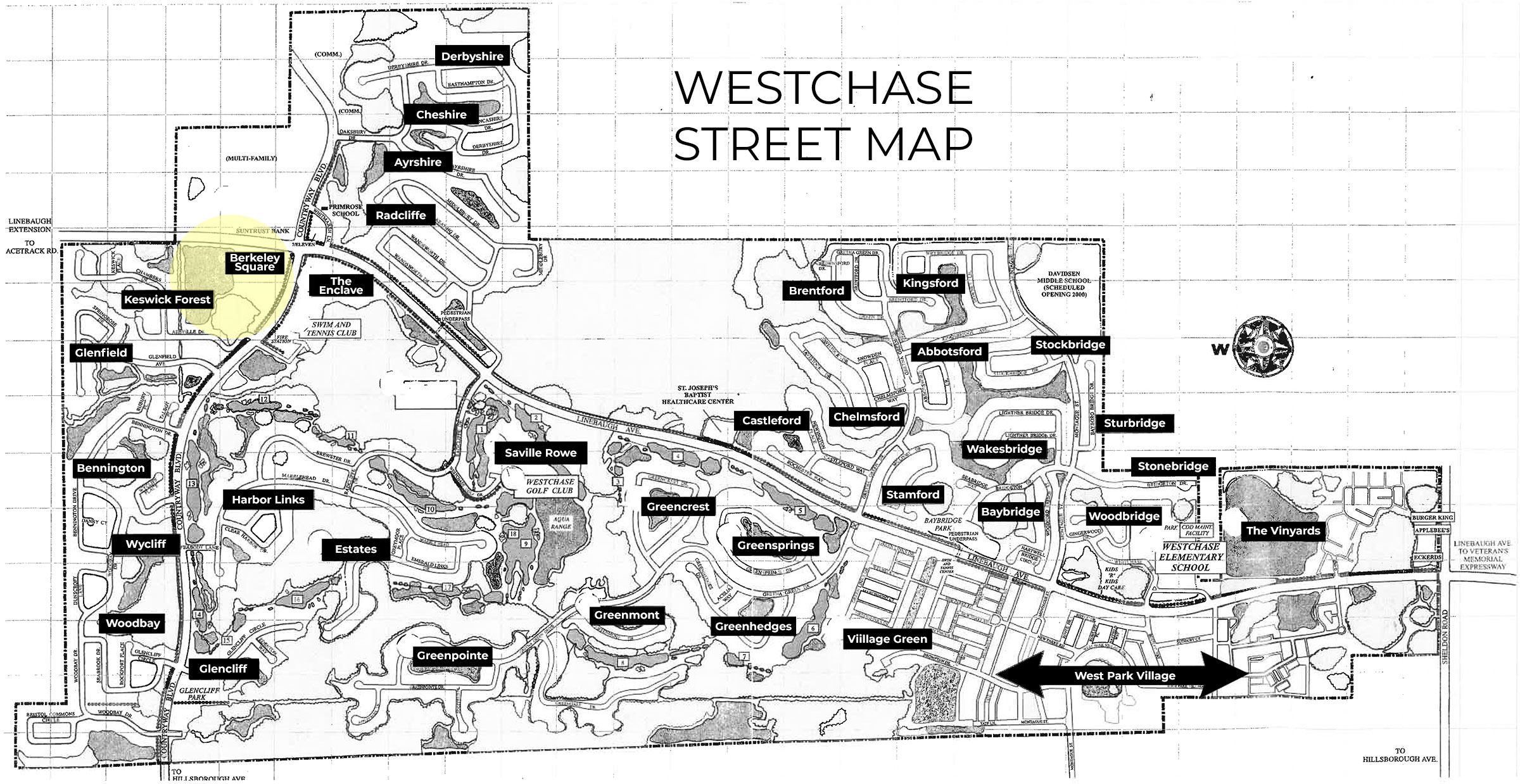